Two Vietnamese men were sentenced on Wednesday to 16 months in jail for smuggling African elephant ivory through Singapore.

Changi Airport officers detected two luggage bags containing about 45kg of ivory, estimated to be worth at least S$60,000, on January 14.

The bags had arrived in a flight from Dubai and were in transit to Laos via Singapore. The Vietnamese men, who were the owners of the bags, were immediately arrested.

Investigations revealed that one of the men had met an unknown Vietnamese man at a market in Angola, and was promised US$1,000 for each bag of ivory successfully smuggled from Angola to Laos. He then roped in his nephew for help in transporting the luggage bags from Angola to Laos, via Dubai and Singapore.

Under the Act, CITES permits are required to import, export and re-export scheduled species, including its parts and products. The same requirement applies for scheduled species in transit.

Penalties for infringing the Act include fines of up to S$50,000 per scheduled species, not exceeding a maximum aggregate of S$500,000, and/or up to two years’ imprisonment. 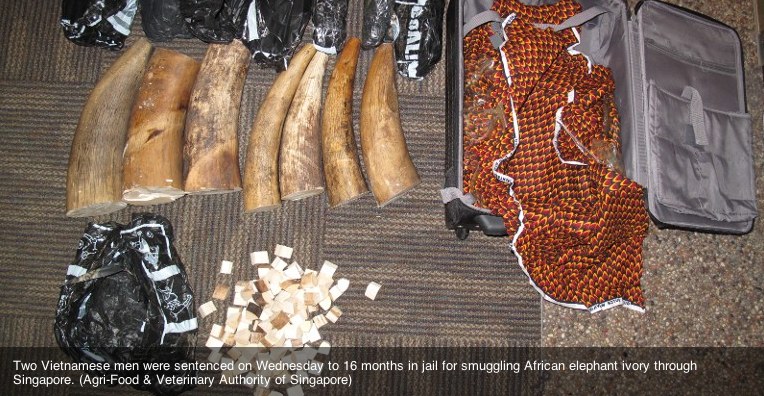 On Earth Day, we release our new logo