Species Conservation Centre chairman Pubudu Weeraratne said that the Sri Lankan elephants were in crisis due to the well organized, illegal trade conducted with the support of some politicians of this country.

He claimed that there was a group of people who caught wild elephants and sold them at a huge price.

‘They are earning large sums of money through the illegal elephant trade as they had a good demand from the tourism industry, Weeraratne added.

Activists raised issues over the baby elephant found tied at Meerigama Kandalama Walawwa recently, claiming that he was captured illegally from the wild as the Jumbo’s documents were found to be fake and the permit produced in court was obtained two and a half years back.

Capturing elephants in the wild was banned in 1875 with disclosures over the infamous Panamure Kraal.

Elephant activists suspect that this baby elephant had been captured in the Habarana forest. Habarana is believed to be the nerve centre of this alleged racket. The area has a high elephant density, being in the centre of three National Parks, namely, Minneriya, Kawdulla and Hurulu. Transporting elephants used for elephant safaris in and out of Habarana is also a common occurrance. So it is an ideal ground to execute abductions.

However, conservationists urge the relevant authorities to punish the culprits without hiding the truth.

Meanwhile, Buddha Sasana Deputy Minister recently revealed that 63 elephant calves were stolen from the Habarana forest area, while the Wildlife Resources and Conservation Minister Vijith Wijayamuni Soysa said that they were finding it difficult to curb illegal elephant trafficking due to the absence of a proper legal system on the matter and proposed registering the elephants calves following a DNA test as a solution.

Elephant activists have welcomed the proposal to register the baby elephants following a DNA test as the animal was under a huge threat, as networks operate a rapacious trade in wild elephants to meet the demands of Sri Lanka’s tourism industry. 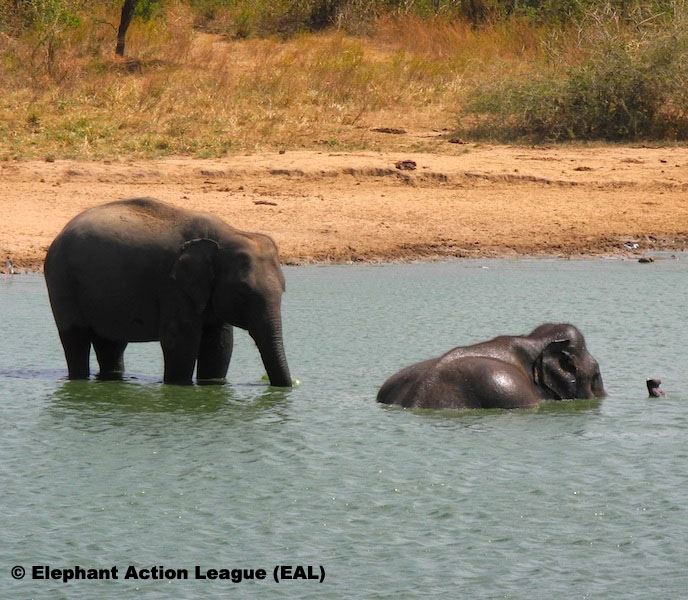