The NGO African Parks regrets to announce the tragic death of Garamba ranger, Agoyo Mbikoyo, on 25 April in the park. Agoyo was shot by a group of armed poachers a short distance from his patrol unit’s campsite. He managed to return to the campsite but collapsed and died instantly. He was a member of a 10-day patrol unit monitoring herds of elephants in the southern section of the park at the time of the incident.

Two patrol units, one comprising park rangers and the other members of the Congolese armed forces, were immediately deployed to the area by the African Parks helicopter to provide support for the remaining members of the patrol team. It was also used to return his body to the park headquarters at Nagero for burial. He was buried in Faradje on 26 April.

An experienced ranger who had worked at Garamba for more than seven years, Agoyo Mbikoyo, strove tirelessly to protect the park and its wildlife, including elephants, from poaching. He leaves his wife and children who will be financially provided for in terms of a group accident policy put in place by African Parks.

“The untimely death of ranger, Agoyo Mbikoyo, leaves his wife without her husband and his children without their father and we extend our sincere condolences to them over their loss,” said Erik Mararv, Garamba’s park manager. “Agoyo will also be sorely missed by his fellow rangers for his commitment to conservation and his role in our fight against poaching.’’

Please support our awareness campaign on the Human Toll of the Ivory Trade. If You Buy Ivory, You Kill People. 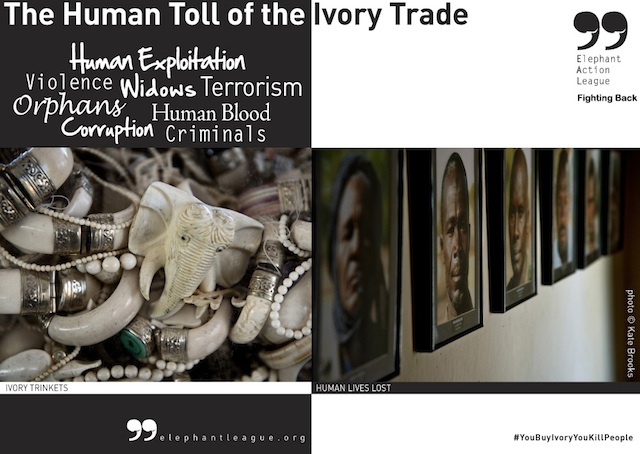